Pokemon of all kinds everywhere!

Guide to the Games

Guide to the Games

Kitty the Delcatty: So, you're in the games section! Welcome. If there's not a game on at the moment I'm very sorry. We don't have them all the time, so check back often! Only staff can set up games, just so you know. Now, I've only got one game so far, called Lucky Spin. It's quite simple. First, a staff member sets up the topic. It usually goes like this:

It's time for Lucky Spin! We have five sections on the wheel, and two prizes! Who want's to play?

Then, you would post which section you'd want to pick. Everyone can enter, including staff, but not the person who sets up the game. You'd post which number, and the staff will wait for every section to be filled up. Now, if no one's coming on in at least a day and we have more that enough members, the creator can make people enter more than once, having at max two sections claimed. Once all slots are filled up, the creator goes here and uses the little box in the corner, generating a number from 1 to whatever number was chosen (Underlined numbers are variables, and can be any number from one to ten). Then, the number draw is prise one and goes for whoever's number it is, and the same for the rest of the prises. If someone gets a prize multiple times, the creator of the game can either keep it that way or "Spin again. Once that is done, the creator then posts. 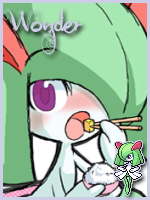